Okay maybe 'wild' is a bit of an exaggeration, but it caught your eye right? I'm pretty sure at some point we mentioned that one of our goals for this year was to get a little more cultured – and cultured we got. We decided that it was totally time for a little getaway so with that in mind, we booked some days off work and decided where to go. We rolled out a world map, closed our eyes, pointed and our destination was decided. Okay, so maybe we didn't do the latter but we did play a game of holiday roulette. We booked a 'mystery' getaway online with a choice of over 70 places, and found out later on we were headed to Warsaw, Poland!

The time had come to pack our bags, jump in an Uber and head to Stansted! We landed in Warsaw on the Thursday and knew we only had until the Sunday to cram in everything we wanted to do – two and a half days was definitely not enough time.

Thursday
Once we landed, we got a bus transfer to Warsaw centre and located our hotel (Gromada Centrum). It was super cute and the staff were mega friendly, although the lift certainly took its time. We dumped our bags in our room, sat down for 10 minutes (travelling really takes it out of us) and decided what we should do. We ventured back out into Warsaw town and came across the Palace of Culture and Science (totes the tallest building in Poland). We wandered around for a bit and then found out you could go to the top for something like £3 – so of course, we did. The sites were incredible and you could see for miles! Taking panoramas with our phones was worrying though; didn't fancy dropping 'em did we? 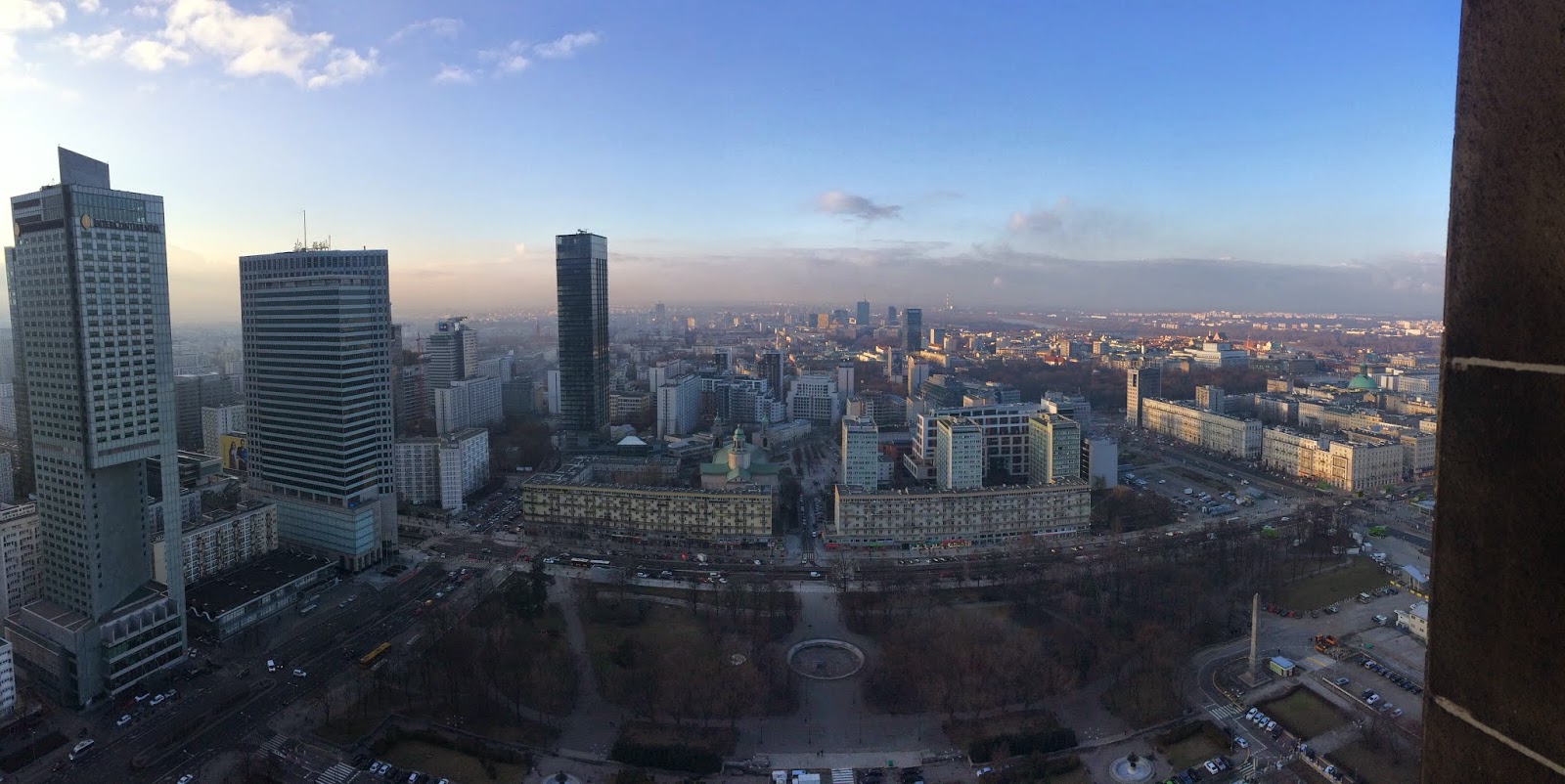 After this, we headed over to the Hard Rock Cafe. Okay okay, we admit it's hardly seeing the sites of what Poland has to offer, but neither of us had been before so we thought we might as well! We ate some great food, had some delicious cocktails and revelled in the fact we were actually there. We noticed that we walked past a Kinoteka (Polish for cinema) on the way to the Hard Rock Cafe so of course, knowing how much we love the cinema, we decided to check it out! We got to watch What We Do in the Shadows which we wanted to see for AGES but never got round to it. Luckily for us, the film was in original sound with Polish subtitles, so understanding it was no issue! 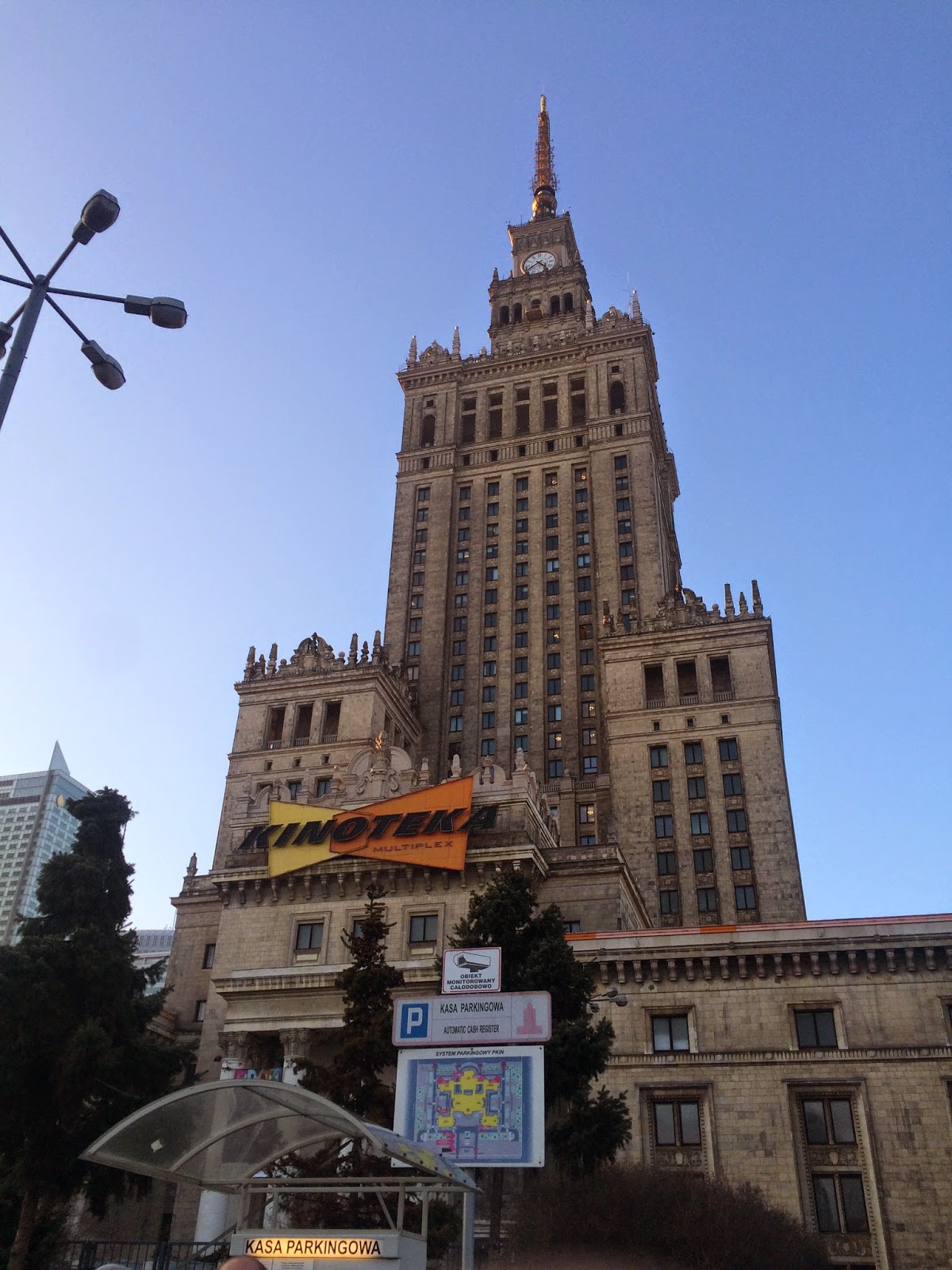 Friday
After breakfast on Friday, we mapped out our day. (We took an A3 map and stuck stickers everywhere we wanted to go – organisation right there!). We started off with heading to the Jewish Cemetery which is right up our street! Some of the graves were beautifully crafted, and they ranged from super old to fairly recent. It was so intriguing to see the different styles of graves, right from gated communities (if you can call it that) to mausoleums. We got lost in there for a fair few hours in awe of it all and after finding our way out, we jumped in a taxi to our next location. 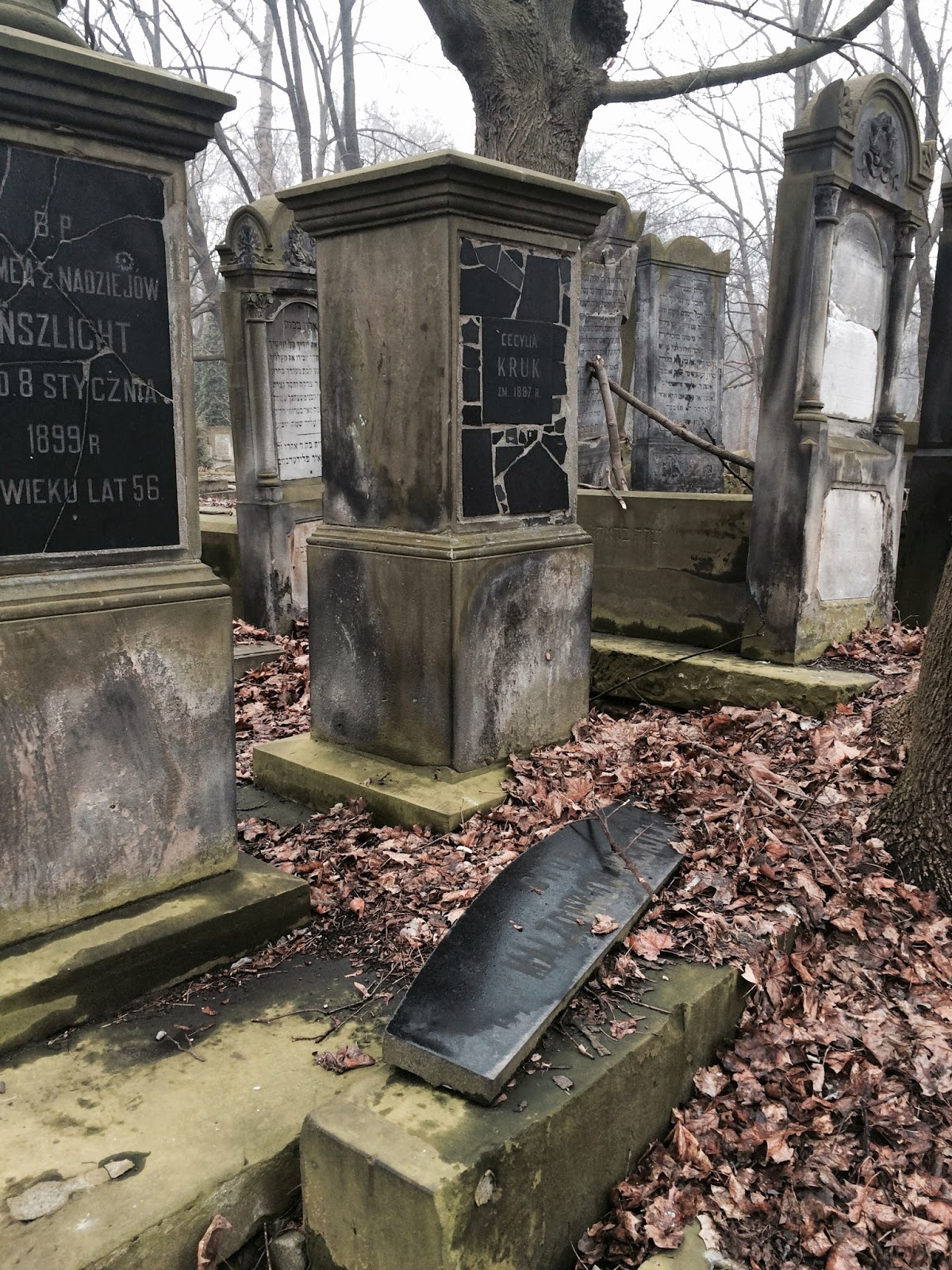 Pawiak Prison Museum was next on our hit list after the Jewish Cemetery, and whilst it wasn't as interesting as we'd hoped it would be, we're still glad we went. Most of the information was about inmates there and how they lived, but it was all in Polish so we didn't really understand much. The other half of the museum was kept like a prison with steel gates and cells meant for one person right up to cells that could house three people, complete with foldaway beds - so this was actually really interesting to see. 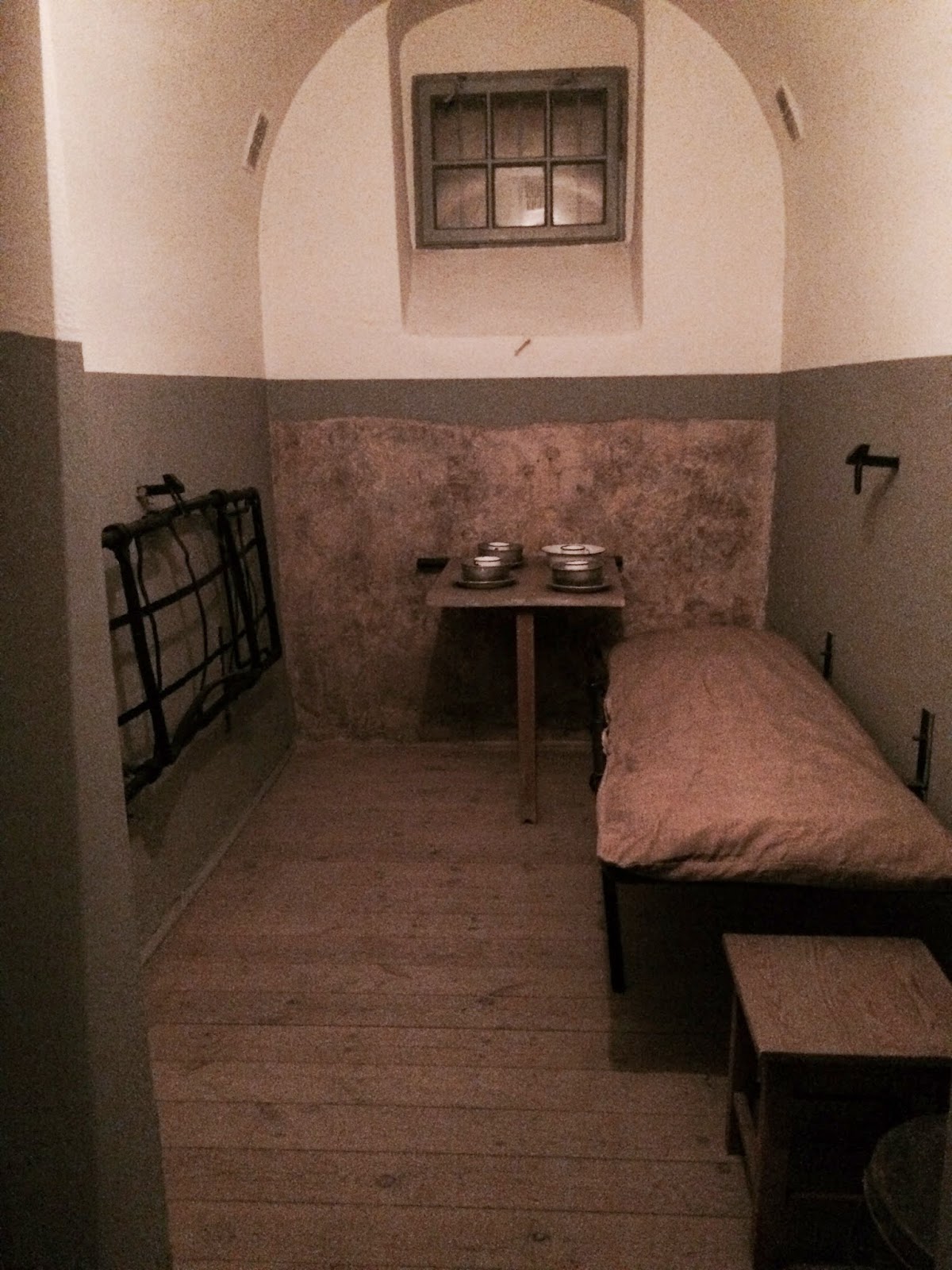 After the prison museum we headed over to Warsaw Zoo which had EVERY animal you could think of! Everything from owls to camels to elephants. Our favourites were the polar bears - they just looked so cute and cuddly! I think we ended up being there for about three hours, just staring at the lions, tigers and every other animal the zoo had to offer. We stumbled across a gift shop where Georgia bought a super cute tiger teddy and named him Henryk. Karen invested in some awesome lobster earrings (proceeded to name them Fish n Chips) and bought her friend some fox ones. 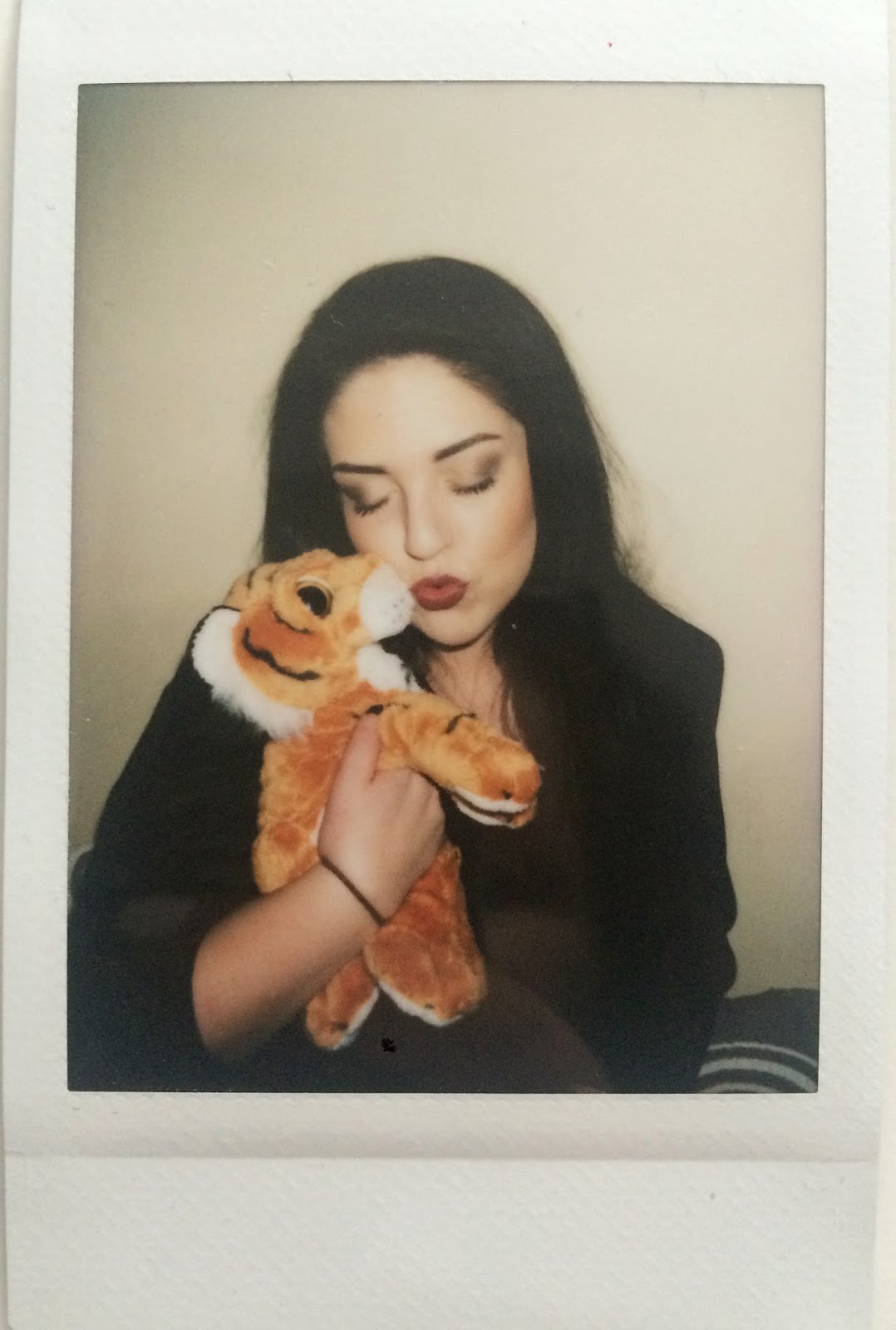 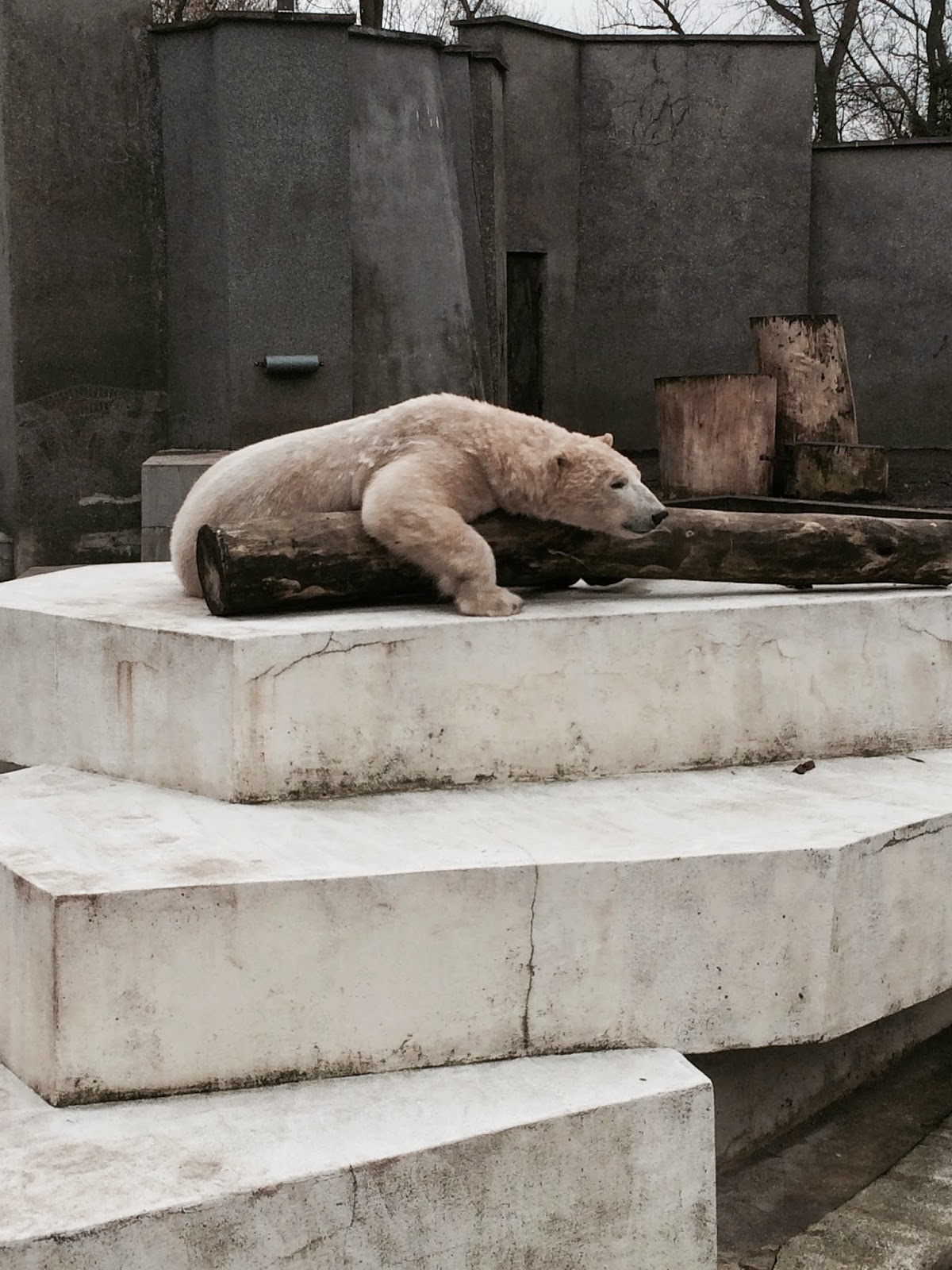 After here, we decided to head over to the Old Town to have a mooch and maybe find something to eat. We got totally sidetracked by all the gorgeous jewellery shops with some of the most amazing things we've ever seen in! Karen bought two rings that fit perfectly with her already awesome collection and Georgia bought one vintage silver signet ring finished with some intricate cut out detailing. We then got approached by someone in traditional Polish dress and advised us about his restaurant that served traditional Polish food. We were totally in! We ate some delish food and discovered the yumminess of pierogies. Not quite sure what the best way to describe them would be other than crispy dumpling like things filled with meat. Whatever, they were INSANE. A bottle of wine with the meal got us right in the mood to find out what Warsaw at night has to offer. 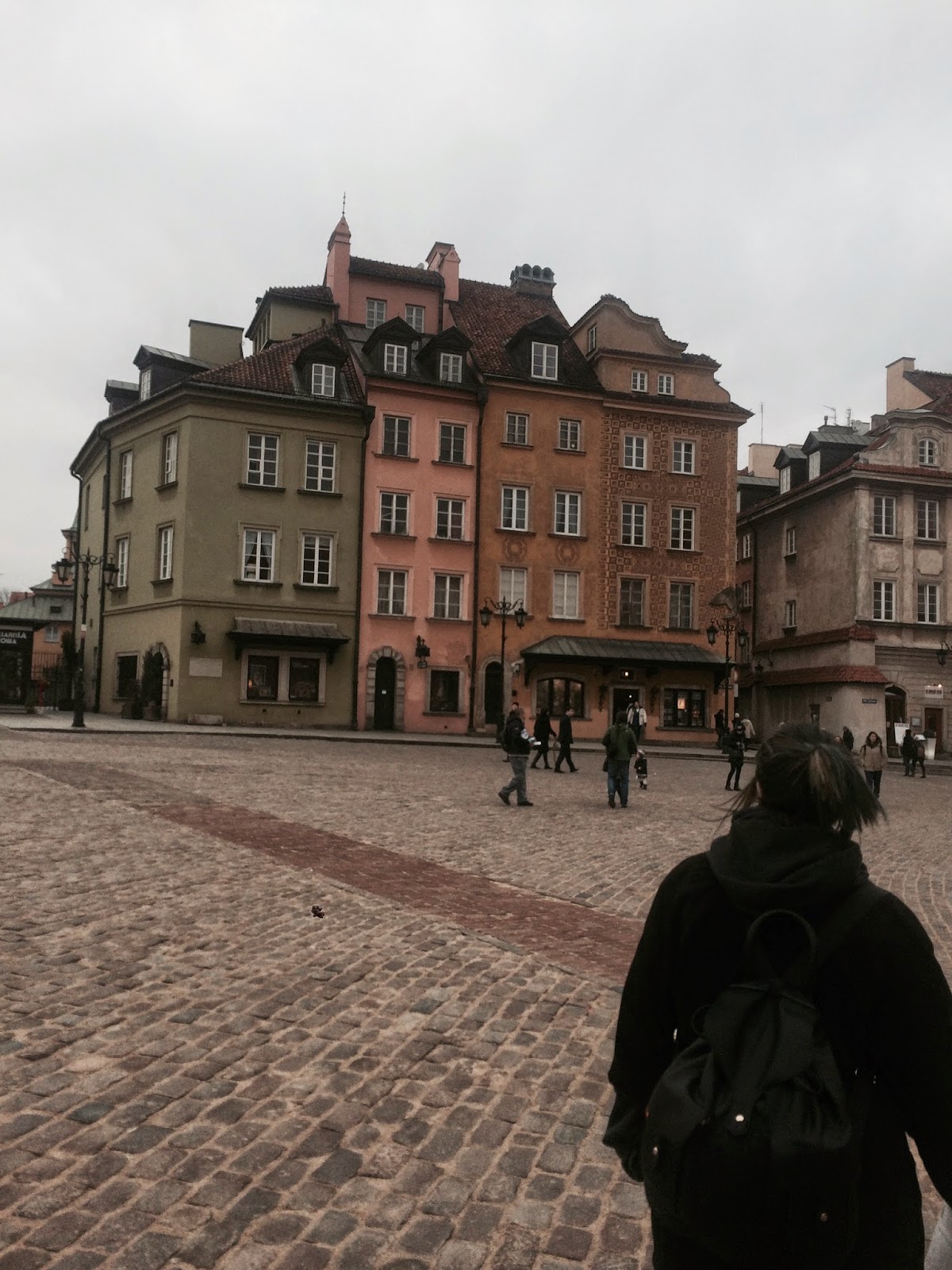 We headed back to the hotel, picked up a bottle of vodka for something ridiculously cheap, and got ready. We weren’t quite sure where we were going, but heard of a strip not too far from our hotel. We walked down and got various stamps and wristbands from loads of different places, but settled on one that was giving out free samples of Thierry Mugler 'Angel'. Drinks weren't too expensive and the music was okay - everyone seemed to love Icona Pop 'I Don't Care'. After here we decided to call it a night and headed back to the hotel.

Saturday
We woke up feeling not so fresh but we weren't about to let that stop us. After breakfast we took a taxi down to Łazienki Park. It was just a big open park but was actually really beautiful with some gorgeous buildings. We ventured into Łazienki Palace which was free (result!) and had a mooch round. It was decorated so exquisitely and had similar features to that of Horace Walpole's gothic castle. After wandering around for a bit, we decided to find our way out. On our way we came across a cute cafe where we had some more pierogies and tried something called zapiekanka – another traditional Polish dish! It's just a halved baguette with grilled mushrooms and cheese topped with ketchup but it was so yummy! We spent a while trying to locate a taxi but whilst we were looking we came across some awesome graffiti. We can totally see how people say it's art and not vandalism – some of it was incredible! 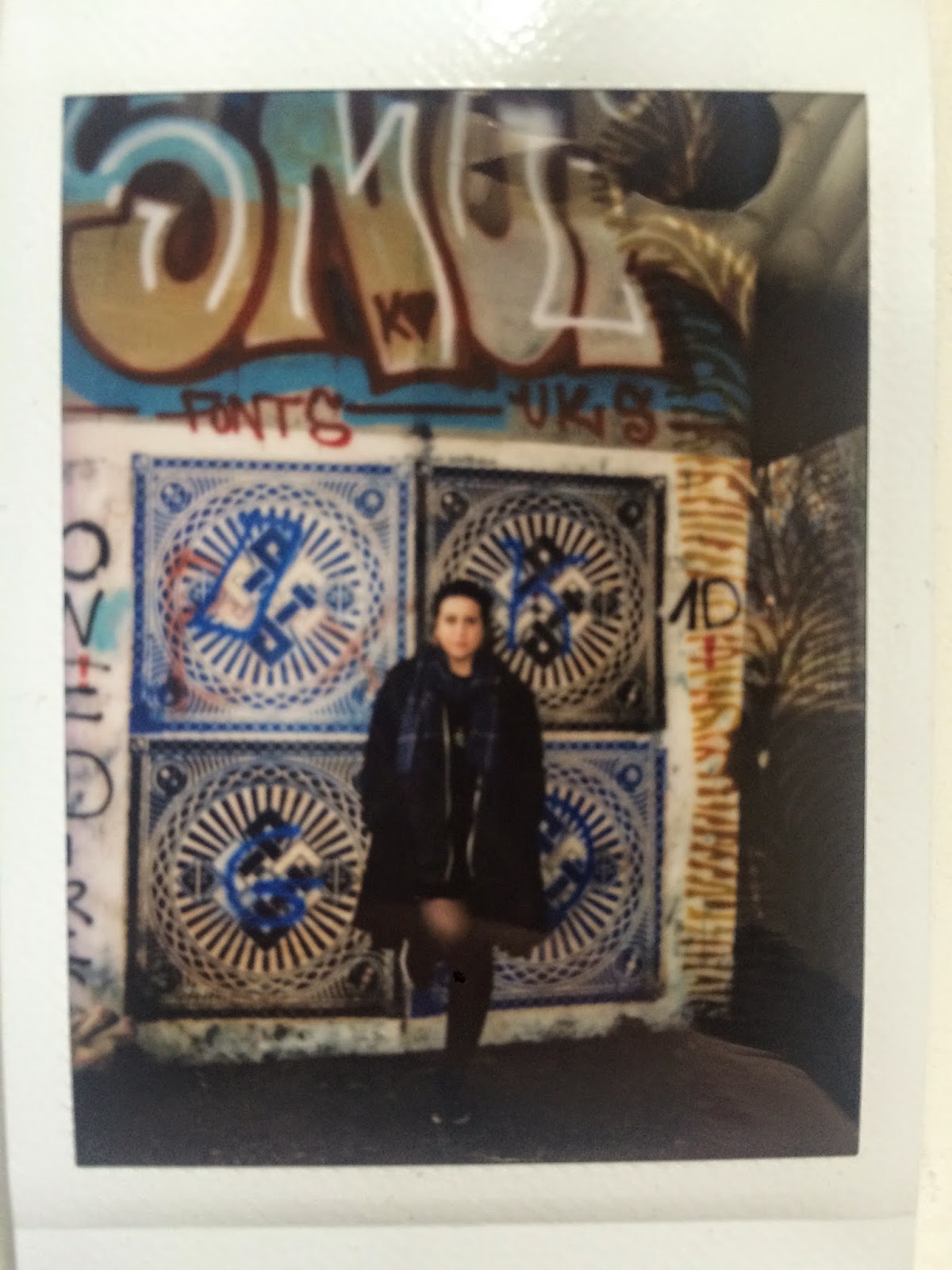 We then decided to try out the Copernicus Science Centre, but when we got there the queue was so long we decided to bail. Karen had previously seen a cool trainer shop so we decided to check that out instead and grab a coffee. After this, we headed back to near our hotel and had a mooch at some clothes stores; Mohito and Reserved were our personal faves.

Finally, as our last activity in Warsaw, we decided to try out the wonder of 4DX cinema at Cinema City (a cinema chain). Although we went to the world premiere of Kingsman: The Secret Service, it was one of the only films being shown in 4DX and we loved it so much we thought we might as well! It was actually a crazy awesome experience and think films like Jurassic World will be intense in it, but being hungover probably wasn't the best choice. I did kind of feel like sickness wrist bands might've been a good idea. It really did help set the scene though, cold air hits you when its meant to, water puffs in your face for effect – all in all it's such an amazing experience and would definitely recommend you watch your next film in it.

Sunday
So Sunday could only mean one thing – home time. We were super sad to leave Warsaw but honestly, it was such an incredible experience and we wouldn't have changed a thing, except maybe having longer time there! Everyone was so nice and made us feel really welcome. It's definitely given us the travel bug, so keep an eye out and hopefully it won't be too long until our next overseas adventure. 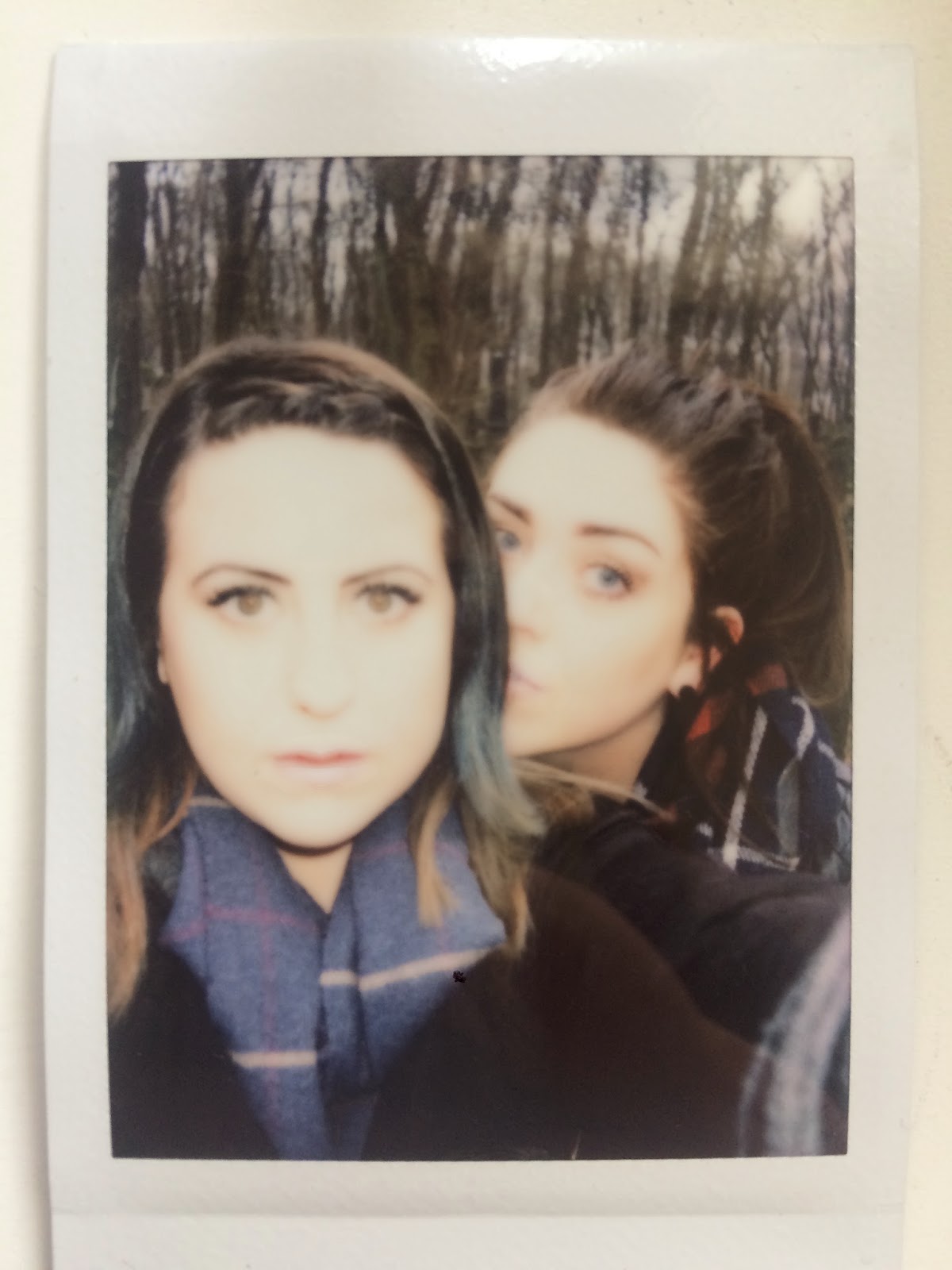