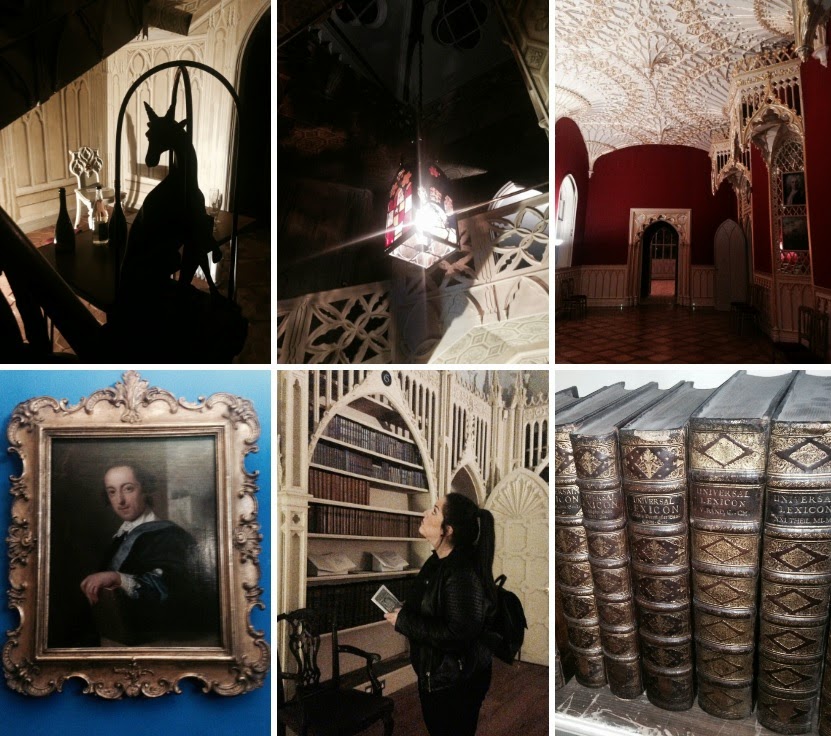 We were the luckiest gals to have the opportunity to take the twilight tour of Horace Walpole’s gothic castle in Strawberry Hill. We attended last night before the press release tour taking place today – feelin’ pretty kwllll.

We learned a shed-load about the incredible history of Strawberry Hill House, about Horace Walpole himself and walked the reimagined hallways with sacks of stories hidden in the walls. This house is in fact what the 'first' gothic novel The Castle of Otranto is based on.


Our fav part was when the tour-guide showed us the replica of a statue that sat in Horace’s grand entrance. He called it ‘his saint’ even though the back of the statue had indentations telling historians that it was in fact an angel. Horace wasn’t actually a religious man, but he was infatuated by the idea of it; he and his friends would dress as monks and walk the estate with candles – gr8 story, sounds like something we would do!
Another cool as hell story was that a specialist recreated the actual paint used on the walls. The blue colour in one of our pics was made by storing copper underground for several months and mixing with resin, rabbit skin (ew) and other bits'n'bobs and had to be applied to the walls whilst hot - it took 6 coats to recreate the bedroom walls, and the paint cost a whoppin' £300 quid a litre, eat your heart out Dior. 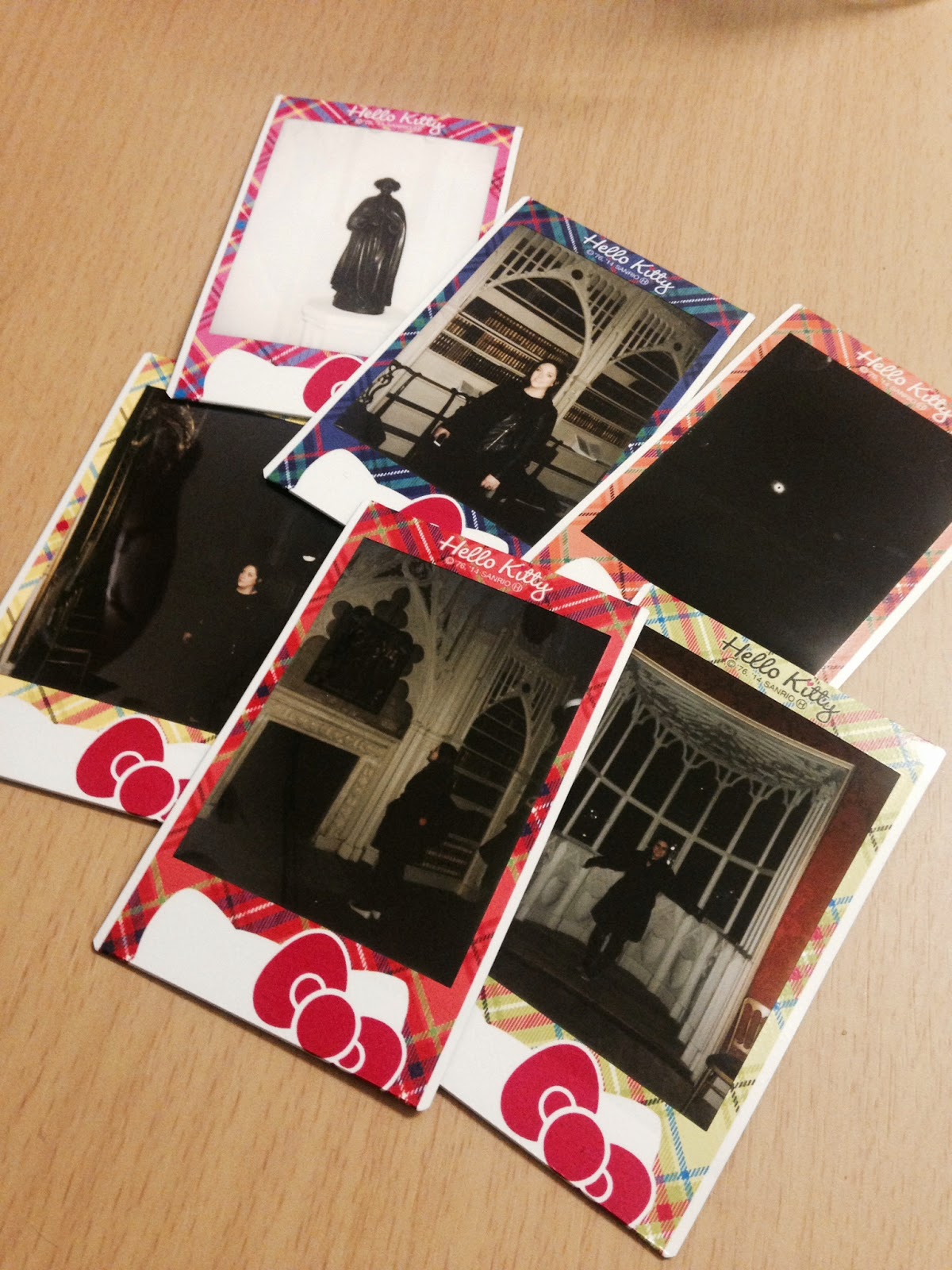 We saw painted glass that dates back to 1503, we drank prosecco (yum), played with our new Fujifilm polaroid cameras and in turn discovered that we have a long way to go before 1) mastering the perfect polaroid shot (we certainly wasted a few, and damn the film is expen£ive) and 2) before we can afford a castle like this – we keep dreaming.

We have been invited back to visit the ridiculously photogenic house (so many photo ops) on more sunny day to see the magic of the painted glass reflecting on the interiors. So right now, we advise giving the house a visit and if you’re too far away, just read some stuff on Horace Walpole – he was a frickin’ cool dude!
P.S. Gothicism is our favourite cup'a'tea
P.P.S You should be seeing GKlife style begin to get more of a life these days - with an increased interest in becoming culturally wholesome and blogging princesses.
Newer Post Older Post Home