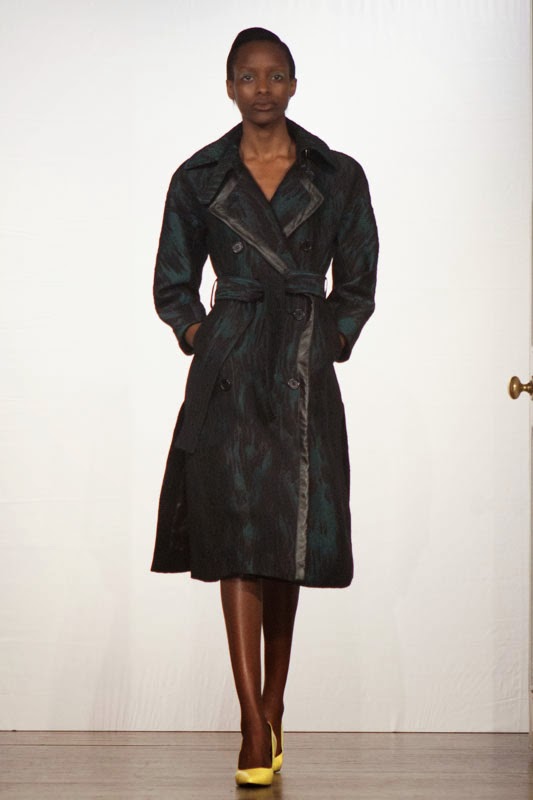 The emerald green shade which featured in a number of the looks in Pavane’s Autumn/Winter 2015 was worthy of Loki’s Enchantress (so blates loved it). The wool coats took us back to 1950’s military days - think Testament of Youth costume design. Not sold on the yellow heels which popped up, not hot to trot, but the collection as a whole was an array of pleating, fringing, dazzling garmentry that we would like to slink ourselves into.


The music was super-basey, spacy-electronic with sporadic swearing – ‘Stay the f*uck out of my way’. 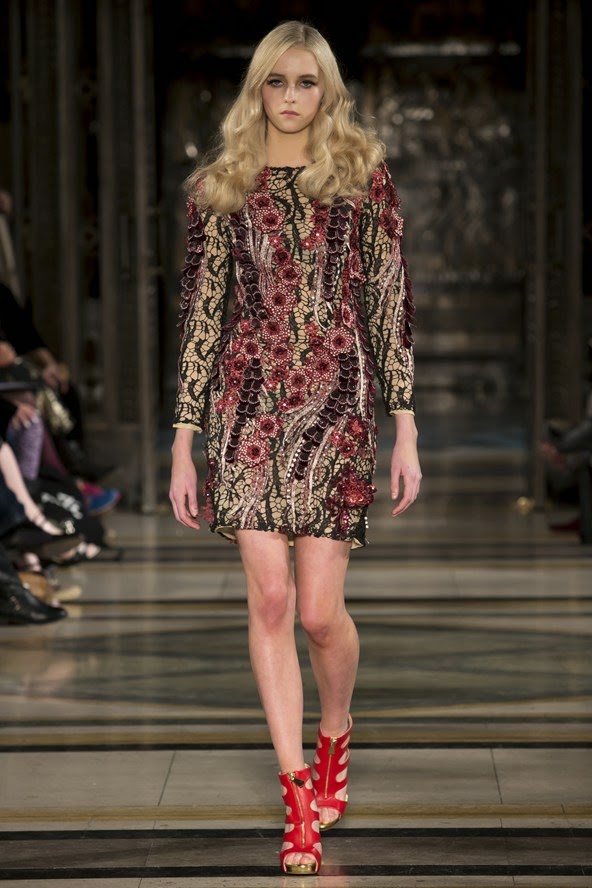 Mimi Tran
Okay so, we were totally digging the ultra-bouncy 1920’s roller-waves; errrrrr teach us how to master that plz. There was also this bohemian mermaid kinda vibe going on (yeah, sounds cool right?). Some of the dresses had super detailed mini-scale-like panels with beading and embroidery detail –see Vogue’s pic.
A load of see-through panelling in nude/skin tones featured – not a massive fan and being the totes honest gals we are, just got to comment quickly that if some of the dresses with the skinny-cut-outs looked unflattering on the size 0-6 models, what would it be like on us? Reminder why we aren’t/ will never be mod-elles. There were also a few slips and some super-slow-walkers on the catwalk – is that still awks these days?

The music was an almost 50’s-wartime-trumpet-tune mixed into an electro-dub track – pretty impressive [we feel a 50’s military trend coming… do you?!] it melted into a Misstress Barbara remix of Leonard Cohens ‘Dance Me To The End Of Love’ – getting downloaded like now. 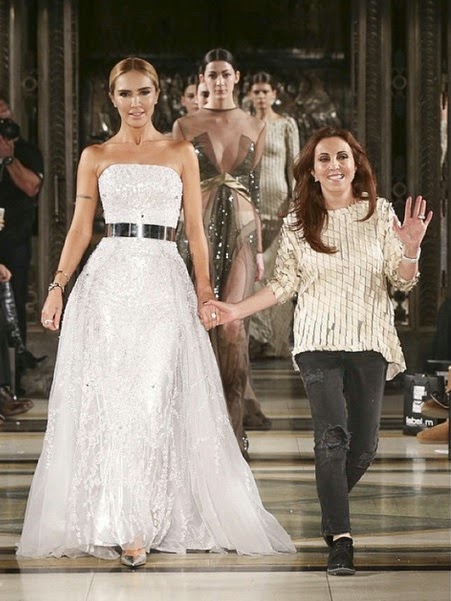 Zeynep Kartal
We fancied the knee-high booties that collab’d with many of the dresses, the boobs that featured on many of the models chests and the finale ‘enchantment gown’ worn by Isil Recber (tv presenter or something) – p.s. she got some heads turning with her big boobs and 90’s arm-band tattoo, oh fashion-bitches not every model gracing LFW has to be a size zer0 clone.
The models in this show gave us a right smile; it took us back to the original Victoria Secret models: boobs and butts. Hurrah!
The notes we scribbled down during the presentation amount to this: ‘hot evil witch in a forest of secrets’ and ‘21st century wicked Disney QUEEN’ and ‘spider-webby graffiti princess’ and  ‘versus a new innocence’ and ‘the fairy godmother/ good witch sparkle’. Boom! We were clearly head-over-heels for this collection.

The music was an arrangement of  twinkly electro sparkly tunes.
Here's some super art-house vids of the shows, taken by us (obvs gona be future directors - loljk!)
Newer Post Older Post Home